This week started with some very unexpected weather! I was busy working in my office on Monday afternoon when I looked up and saw the tennis courts blanketed in snow! It was wonderful for the children in Primary to be able to go out and enjoy the snow while it lasted. Such a great experience!

I hope that you all have a lovely half term, and that the children have an opportunity to have a rest and return to school on Monday 24th February fully refreshed.

In the month of March we would like to encourage as many pupils, teachers and parents as possible to take part in a Parkrun at Markeaton Park. A great way to get the school community running together! Runners will earn a point for their house when they complete their run. The house with the most points wins House Parkrun 2020! For full details please see your High Post email and click below to view the poster. We look forward to seeing you there!

The Wrens have been working independently this week.  The children created an imaginary animal last week as an adult led activity but on Monday the resources were left out for the children to create completely on their own, with brilliant results! 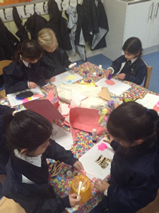 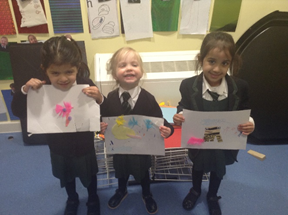 The Thrushes have been making their own models of a London Bus this half term. They started by covering their boxes with paper and painting them red. Then they used drills and hole punches to make the holes for the axels and cut dowels to length using a saw. Once the wheels had been attached to the bus, the children were able to complete the model with windows, lights and number plates. Finally the project was concluded with some much anticipated bus racing! 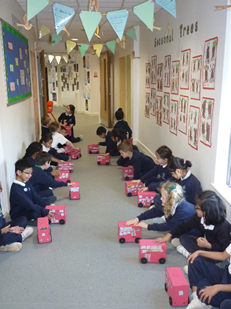 On Tuesday the U9 netball team competed at Willows Sport Centre in a tournament hosted by Old Vicarage School. The team played exceptionally well and came 2nd overall. Congratulations to Alice for being awarded player of the tournament and to Anna for scoring the most goals. 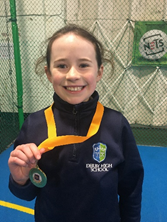 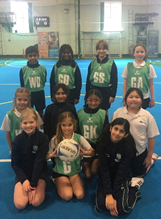 On Wednesday, 15 pupils played in an U11 netball tournament at Derby Arena, hosted by Old Vicarage School. There were 6 teams in the competition The Derby High teams played with enthusiasm all afternoon!
Huge congratulations to the blue team who were overall winners, having won all of their games.
All the pupils played very well, at a high standard and showing a good level of individual skills. They scored 34 goals in just 4 matches and had only 5 scored against them – a magnificent team performance! 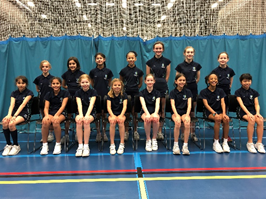 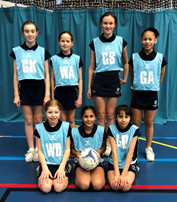 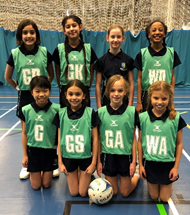 The students have been working on gymnastic elements that involve rotating and going upside down this half term. The skills we have been trying to master are forward rolls, shoulder stands, bridges, circle rolls, half twists and headstands. The students had to work with a partner to produce a sequence containing at least four of the elements and were judged on their synchronisation, creativity, neatness, poise and collaboration. Well done! 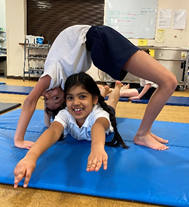 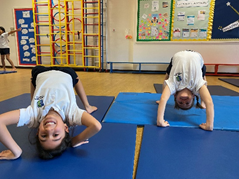 We are delighted to announce Activate Camps will be running Multi Activity Camps and Netball Fever at Derby High School over the Easter and Summer holidays.

Camps are exciting, engaging and packed full of fun for children aged 5 – 14.

For full information go to: https://www.activatecamps.co.uk/venues/derby-high-school/

Look out in the next High Notes after half term for all news from today’s House Music.

Google have put together some digital wellbeing tools - quick, easy activities to check the temperature of your digital wellbeing.  Have a look at the link and perhaps share some of these with your children in order to start a positive conversation about digital well being:  https://experiments.withgoogle.com/collection/digitalwellbeing

We started our assembly on Thursday listening to “When you’re smiling” sung by Michael Bublé. A lovely start to any day but more importantly I asked the children to think about this particular line in the song, “When you're smiling, when you're smiling, the whole world smiles with you”. I talked about how our own individual behaviour and actions can influence others. We looked at the scenario of a banana skin left on the tennis court. Impressively all of our children said they would either put it in the bin, or in the compost and no one said they would put it in their pocket or leave it on the floor. A group of behavioural scientists in 2008 tested a theory about when people drop litter. They found that far less litter was dropped when there was little evidence of litter or graffiti around, when there was lots of litter already, people were more likely to drop litter. We’re influenced by the behaviour of those around us. But if we look at it another way, we can see we have the potential to lead and inspire others with our actions. I asked our pupils to reflect upon the values they want to show and influence others with. As Mahatma Gandhi famously said “Be the change you want to see in the world”.

The weather this week has been glorious and ideal for students learning and playing outside. It has been wonderful to see pupils across our Primary and Senior enjoying classes outside. Yesterday afternoon, I heard loud noises coming from the field, I thought I ought to investigate! The field came into view as I walked by the side of the Sports Hall and I could see all of Year 12 out enjoying a fantastic game of bench ball. As many parents will know bench ball at Derby High is taken incredibly seriously. Yesterday was no exception! Further down the field, Mr Gould had brought his Year 2 class outside for PSHE.

The vision for our school is learning, achieving and working together and it’s never been more appropriate. Everyone in our school community has shown a commitment to working together since we have returned to school this term. We are seeing our school vision in practice in more challenging circumstances than ever. The girls and boys are very much enjoying being back in the classroom with their friends and our staff are doing everything possible to keep the students safe. Our planned parents’ events, including parents’ evenings for this term, will still go ahead, but will be online instead of being in school. We will inform you nearer the relevant date for each year group of exactly how this will operate for you. All details of dates are on the school calendar.

The vision for our school is learning, achieving and working together and it’s never been more appropriate. Everyone in our school community has shown a commitment to working together since we have returned to school this term. We are seeing our school vision in practice in more challenging circumstances than ever. The children are very much enjoying being back in the classroom with their friends and our staff are doing everything possible to keep the children safe.

It was lovely seeing everyone return to school this week after such a long time apart. An especially warm welcome to all our new pupils and parents who joined us for the first time. We look forward to getting to know you better as we look with anticipation to the term ahead. I would like to thank you for your messages of support and positive attitudes in ensuring a successful start to the new term. I have been delighted to see such a buzz around school this week, with the classrooms full of happy chatter and excellent work going on already. On Thursday I visited every class across the whole school; I was very impressed to see first-hand how quickly they were all settling into the new term and new routines.