Tomorrow’s Christmas Fair, from 11am to 3pm, with more than 30 stalls offering a wide range of gifts, decorations, cards and much more, promises to be really fun for all the family. Entry is £1.50 for adults and free for U18’s.  Do come along! 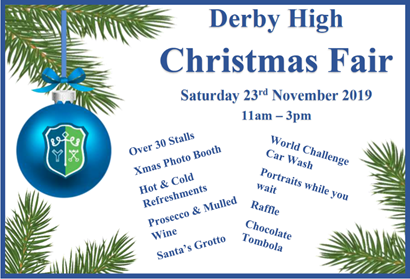 Just a reminder that Derby High will be closed on Thursday 28th and Friday 29th November, for a Staff Training Day and Whole School Exeat respectively.

Last week we enjoyed a fabulous inaugural Maths Week England, and we are already thinking ahead to next year. During the course of the week there was a variety of activities for all year groups, including...

But perhaps the highlight of the week, for the maths department at least, was the assembly on Wednesday, where we explored five numbers that are crucial to the study of mathematics. These number were 0, 1, p, e and i, and each number was brought to life by a member of the department, as well as our two amazing STEM prefects, Jaimy and Rosie. There were gasps and giggles, which is impressive given that the whole assembly was leading towards "Euler's Identity", a pretty advanced concept thought to be the "examplar of mathematical beauty" since it links together these five apparently disparate numbers.

Congratulations to all our competition winners, and thank you to all those who helped out during the week. Here's to Maths Week England 2020, which promises to be bigger and better! 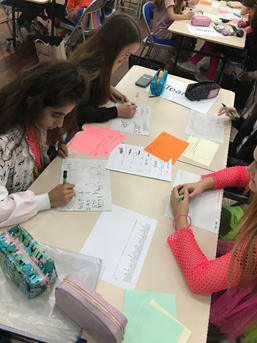 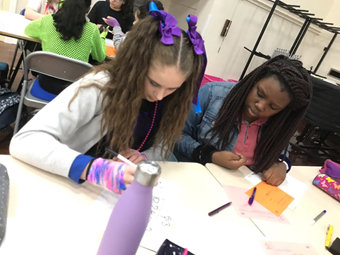 Over the wet and chilly weekend of 16th and 17th November, the Bolivia World Challenge team took part in their Training Expedition in the Peak District, with their base at Gradbach Scout Camp. This weekend was a fantastic opportunity for the team to work together for the first time in similar situations to what they may experience in Bolivia next summer, albeit not at above 3000 metres! To start, they showed great collaboration with putting up their new tents for the first time, and then were put to the test by our expedition leader, Martyn, carrying their large packs for an 8 mile walk around the Roaches. Whilst on the walk, they learnt and discussed how they would manage their pacing as a group, as well as their map skills and general leadership skills. This was a great opportunity for Martyn to see their fitness levels and what they were like as a group ahead of our trekking in Bolivia – and he was very impressed!

As World Challenge provides the opportunity for the challengers to be in charge of their trip to Bolivia, it was a great way to introduce this to them and get them to consider important roles of responsibility for our forthcoming trip. Day Two saw the team learn more skills and apply their knowledge to various scenarios, such as river crossings, losing a team member when out on our treks and also coping with injured members of the group. It was a fantastic opportunity for the group to also consider how altitude may affect us when we are in Bolivia, which is going to possibly be the biggest challenge!

The team’s morale was not dampened by the weather, and they really impressed all of the staff with what they took on board and how they handled themselves as a group – certainly very positive ahead of our month long trip in July! Well done to all! 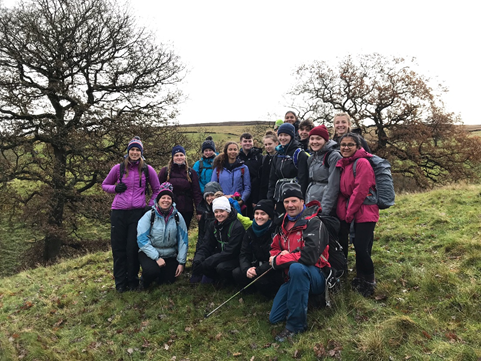 Y12 and Y13 attended lectures on Othello this week in Birmingham, followed by a visit in school, from a guest lecturer, Rob Worrall.  Rob discussed the play with Y12 and then lectured Y12 and Y13 on Tess of the D'Urbervilles.  A fantastic way to consolidate their classroom learning!

A group representing Derby High travelled to Lees Brook School on Wednesday, to take part in an U14 football competition.  They had a fantastic time and played amazingly well with great team spirit from beginning to end. They won their final game thanks to a brilliant team effort, despite losing their first two games (one lost on penalties).  Zainab and Evie scored our three goals and we had plenty of opportunities, due to great play.  Thanks to Sixth Former, Sarah, for all her help and to Mr Quichaud for taking the girls. 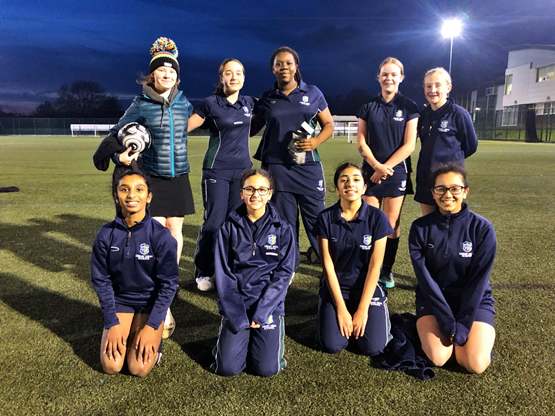 U3 were out in the elements this week playing football, a bit of mind and rain never stops us! Here they are showing off how many goals they scored in the shooting competition they had. 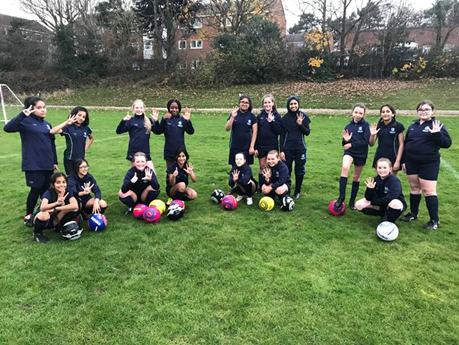 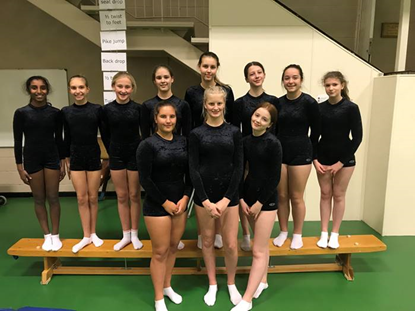 U3 have been working on a competition for Worcester Bosch. Mrs Bodycombe has selected the (in-house) winners and they are as following. Good luck for all of U3 when we send them off! 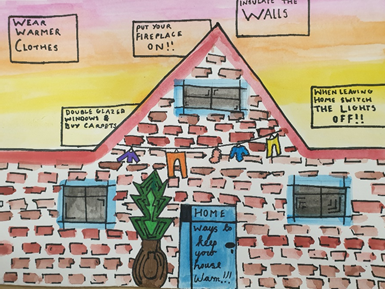 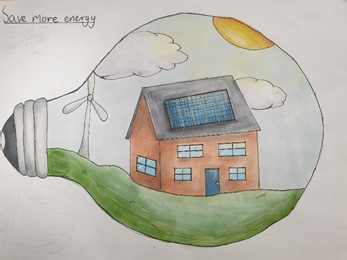 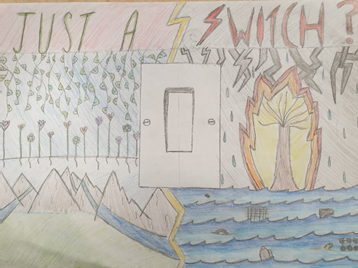 Today was the second heat of the House Debating competition.  St. Patrick and St. David went head to head to debate whether driverless cars are the way forward.  A very close debate with some excellent points made and some very good responses to their opponents’ ideas.  Mrs Steel and Mrs Bussey had a difficult time judging, as each team led at different points in the debate. However, the final winner was St. Patrick who will now go on to compete in the final against St. Andrew.  St David will compete against St. George for third and fourth place.  We wish them all luck.

Some great play from both Derby High U3 Netball teams today. The opposition were assertive and tall but all the Derby High performers fought for every ball and demonstrated determination and resilience. The final scores were a 2-2 draw for the A team and a 0-4 loss for the B team but Mrs Hancock was very pleased with everyone’s efforts. 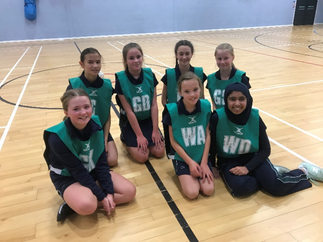 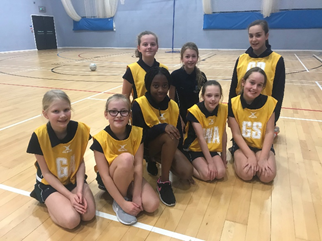 Netball Shooters Cup was as keenly fought as ever this year. The format of the whole school competition is to shoot five goals from five different places in the shooting circle. The student with the highest total is declared the winner! Students from U3 to U5 took part and there were many near misses as well as some fantastic goals. Nail biting to the end it concluded with a tie for second place between Libby, Immy and Elspeth but the outright winner was Lia, who received her trophy in assembly this morning. Well done! 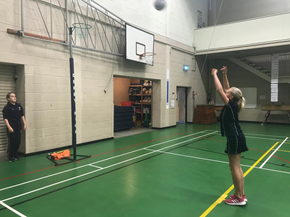 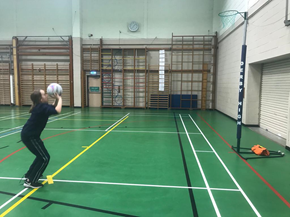 Thank you to Mrs Goodman for these photos from today’s U6 climbing session at Derby University and this week’s TASS session. 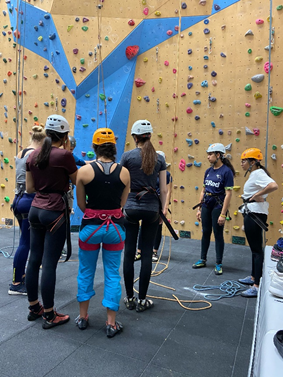 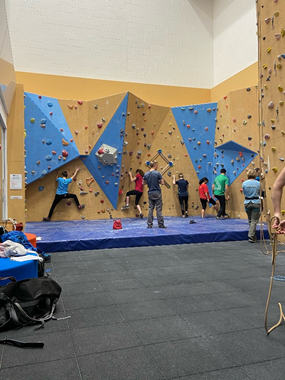 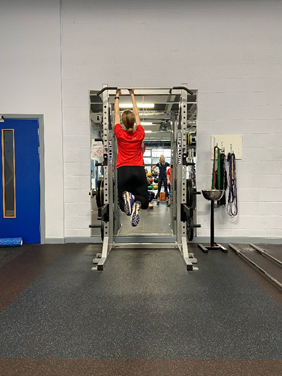 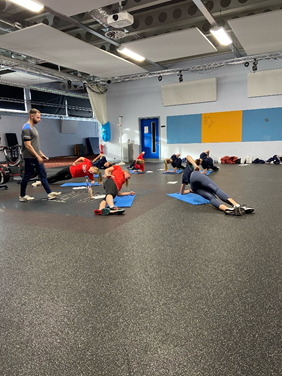 Do follow my Twitter account (@derbyhigh6th) for regular and timely updates about applications for Higher Education.  Here are two really useful links to parents' guides to applying for university and apprenticeships that I thought you might find useful:

Mrs Ince visited Year 4 on Thursday with her Year 10 art class. They have been designing party bags and requested feedback on which lettering, colours and designs were best. Year 4 gave some very honest opinions but are super excited to see the Year 10s again in a few weeks, once they have made their final products

On Saturday 18th January, the Zonal Trampolining championships were held at the Sports Wales National Centre in Cardiff, Wales. Millie, Evie, Priya and Megan made up the Derby High School 7 - 8 Novice group. Millie was competing as an individual and scored a total of 49.400 after both flights. This meant she came 5th overall. As a team everyone did their best and we were all happy with our performances and all our hours of hard work clearly paid off as we came 3rd.

Over my last few assemblies in Primary we have been following the Atlantic Challenge, a 3000 mile rowing race from La Gomera, Canary Islands to Antigua. 35 teams set off on Thursday December 12th all hoping to arrive in Antigua first.

This week has flown by, and for our U5 it has been a busy full week of mock examinations. Our U6 have now completed their mocks and are receiving their grades along with advice, support and targets to ensure they achieve their potential in the summer.

Happy New Year! It was wonderful to welcome our students and staff back this week filling the school with lovely chatter and laughter.