Our Year 12 Gold Duke of Edinburgh students are hoping for good weather on their navigation day tomorrow. We have a large contingent in our Senior School who elect to participate in the excellent DofE programme, and we particularly welcome those who join us in the Sixth Form from other schools to either start afresh or continue. Through the DofE scheme, students are encouraged to do the things they love to do or try something completely new, help their community, test their limits, enhance their skills, and grow their confidence.

We are always delighted to hear from students and parents about student achievements and successes outside school. Please email headsecretary@derbyhigh.derby.sch.uk to keep us informed.

Thank you to all our KS3 students who created the beautiful poppies during their art lessons and clubs to mark Remembrance Day. 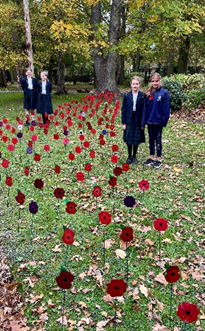 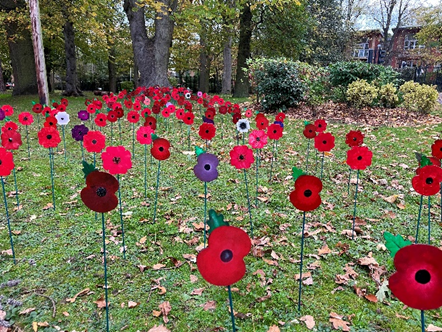 Mr King is delighted to announce this year’s Derby High School Share Competition is ready for all staff and students. Based around the FTSE100 (the 100 biggest UK companies on the London Stock Exchange) staff and students have £20,000 to invest in up to three companies. The aim is to identify companies that will increase in value over the next year. All companies in the FTSE100 can be found here (https://www.londonstockexchange.com/indices/ftse-100/constituents/table). This video will help explain how the stock market works. (https://youtu.be/F3QpgXBtDeo)

Mr King will distribute Weekly League Tables. Remember, investments can go up and down in value, so you could get back less than you put in! The DHS Investor of the Year will be the entrant that has the highest valued portfolio of shares on Friday 26th May 2023. You have until the markets open (08:00) on 14th November 2022 to enter! Good luck!

'A Christmas Carol' at Stratford

Yesterday, GCSE students visited Stratford to watch a production of 'A Christmas Carol' by The Royal Shakespeare Company, with Adrian Edmondson taking the starring role.

The production brought our GCSE text to life, with plenty of humour and chilling social realism, together with colourful spectacle - including terrifying ghosts which brought small children in the audience to sobs.

We all left the theatre with plenty of social questions to ponder.

Year 11 French students had a video call with Gabrielle this week, a Year 10 French student who lives in Charente (France). We discussed the differences between the French and the English school system.

Students were able to ask and answer questions in French. 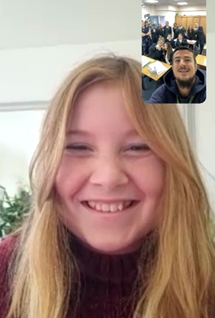 On Wednesday, our U16 girls travelled to Lees Brook Academy for the first of three City Schools Football competitions.

Despite the initial nervousness, their confidence really grew, and we went on to win two games against West Park and Da Vinci. We very narrowly lost a game to Chellaston Academy.  It was pleasing to see Daisy and Elsie scoring their first goals in competitive football. Well done to the whole team! 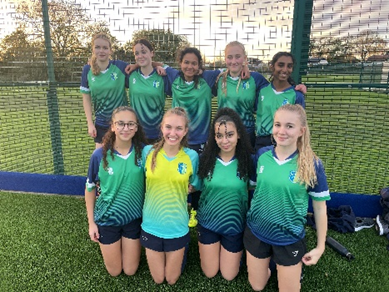 Congratulations to the U15 Futsal team who finished second in the Derby City Competition this week at Noel-Baker Academy.  The team were undefeated running into the final fixture of the competition against an undefeated Derby Moor Spencer Academy team.  Despite a resilient effort, we lost in the final game. A special mention to Agi, Awab and Alfie who have joined the school and strengthened our team. 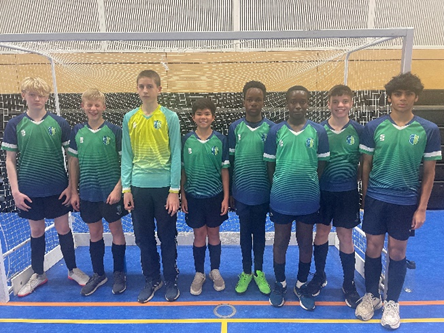 Year 10 Get in the Swing at the Nottingham Tennis Centre

As part of the celebrations surrounding the Billie Jean Cup, the top world team tennis competition for women currently being held in the UK, 10 Derby High Sports Scholars were invited to take part in a special training day to promote the game on Tuesday 8th November. Held at the Nottingham Tennis Centre, students learnt to plan and deliver simple lessons in tennis, which they could share with other students and gained a Lawn Tennis Association Young Leader Award.

This week we took a coach full of students to participate in the City Cross Country Championships at Moorways Stadium. This competition is a qualifying round for The DSSA County Cross Championship. It was great to have a number of boys representing Derby High in more than one age group this year and we look forward to when we have them competing across all age groups. One of the most rewarding things to see at a cross country race, is the student overcoming their nerves and fears and walking away from the finish line with a smile on their faces. I am really proud of all the competitors who took part and showed determination to get to the finish line.  I’d like to give a special mention to our podium placing students, Florrie (Y10), Connie (Y10) and Millie (Y8). 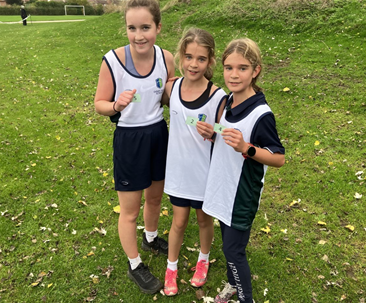 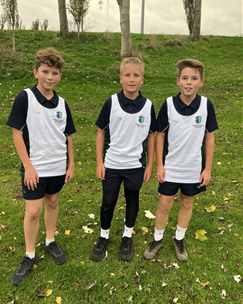 This week we headed to Repton for the U14 County Netball Tournament. Our squad of 9 knew we were going to face some tough competition and that it was going to be 7 difficult games. Each game was played for two halves of 5 minutes, allowing us to make lots of changes and get fresh legs out for each half. Although we finished 6th out of 8 teams, we were able to secure 2 wins and a draw, both of which we had to work hard to achieve. All of the team took on feedback and made improvements throughout the competition, not once did the team get disheartened or drop their enthusiasm. It was brilliant to see them support each other and strive to get better after each game. Well done Year 9! 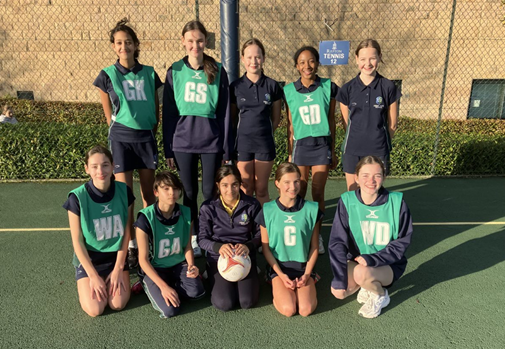 Well done to Sophie (Year 9) for competing and coming 3rd in her first National Schools Equestrian Association (NSEA) competition. Sophie will find out this week if she will go on to compete in the National Championships at Hickstead. We have everything crossed for you, Sophie!

Well done to George (Year 7), who won the Derbyshire Junior Grand Prix. The Grand Prix is a series of three galas (Sept, Oct and Nov) aimed at swimmers aged 9 to 11 in Derbyshire. George swan 8 events, taking second place in four and first in the other four. This gave George the most points across the three galas for the 11-year-old boy category. He will collect his award on the 11th December at Ponds Forge in Sheffield, whilst he is competing at the Derbyshire ASA Long Course Championships. 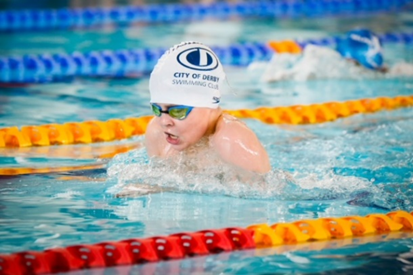 Congratulations to Eleanor (Year 12) for successfully being selected again for the 2022/23 season to be part of the U18 girls’ Staffordshire County Rugby programme.

Congratulations to River (Year 7) who will be performing as one of the children of St Bernadettes in Nativity! The Musical. Birmingham Rep revealed the full cast of Nativity! The Musical last month.  The production will be returning home to the venue after a smash-hit run of touring the UK and playing in London’s West End. The cast includes over 50 children handpicked from Birmingham and the West Midlands. Well done River, this is a fantastic achievement! 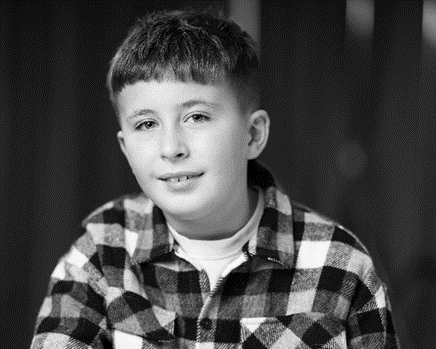 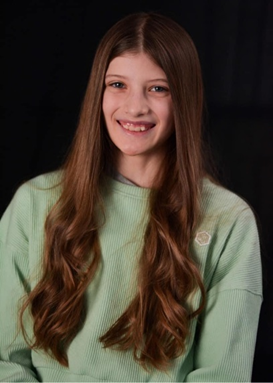 A reminder that our annual fancy dress day to raise money for Children in Need will take place on Monday. As usual, forms have chosen their fancy dress theme. We suggest a donation of £2 for this and ask that our usual non-uniform guidelines are respected. Thank you for your support. 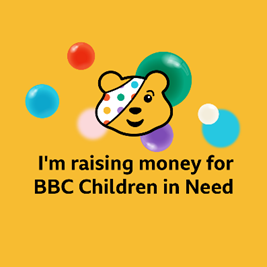 The UKSIC report that more than a quarter of girls who took part in their survey have had some kind of experience of receiving a request for nude or semi-nude photos or videos.

Children can be groomed, coerced or encouraged into sexual activities online. Any child with unsupervised access to the internet is potentially at risk.

To help parents understand this difficult topic and talk to their children, the UKSIC has produced a checklist and resources about online sexual abuse.