On Wednesday this week, we welcomed Mark Saxby from Positive Social, a charity which was set up to help young people survive and thrive in today’s social media world. They work with schools to empower students to use social media positively and equip them to avoid the pitfalls.

Mark did sessions with Years 5, 6, 7 and 8 during the day. In the evening, we had a Parental Seminar to support parents with the tools they can use to help their child stay safe, as well as helping parents make informed choices when it comes to social media. 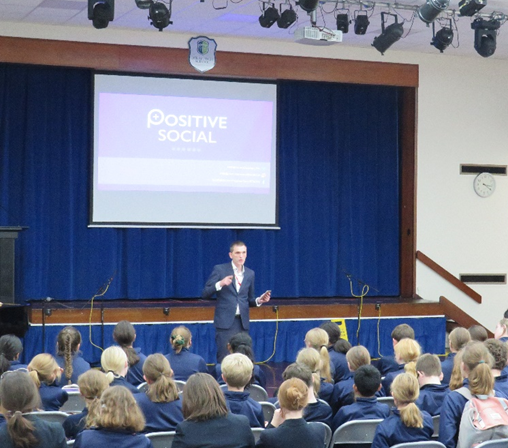 Social media is an inescapable part of young people’s lives. Rather than telling students they should not be on social media, Positive Social believes they should be shown how to handle it positively and constructively. Mark demonstrated to our pupils how social media could provide opportunities for the future; promote community cohesion and give young people confidence. The sessions were aimed at helping young people understand the impact their social media use – both positive and negative - has on themselves and others.

Please scroll down to our Safeguarding Corner for useful links to information, advice and support to keep children safe online. This is the first in a series of parental seminars we are planning for this year. If you have thoughts on specific areas you would like us to cover please do get in touch.

This week our Key Stage 2 cross-country runners returned to Moorways Stadium to compete in a team event. Four runners in each category raced against other primary schools and the combined four results made up the overall team score. There were some great performances from our team with another 2nd place for Tabitha (Year 4) in the girls category and Rayyan (Year 4) finishing 7th in the boys category. Special mention to Eva (Year 5) for taking part to ensure Derby High School was able to compete with a team of four. 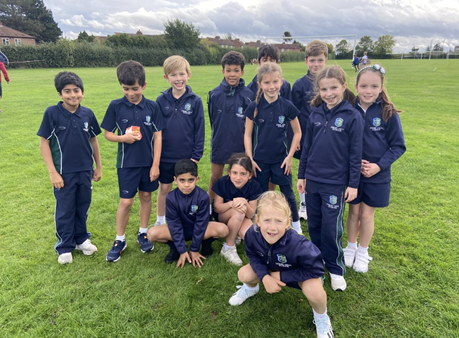 During our Tuesday Games Afternoon, our Year 5 and 6 children took part in their first sports House event of the year. Our House Hockey was split into two competitions, The Harper League and The Chapman League. Our Houses were split into two teams to compete in the two leagues. Each House played a round robin against the other Houses and points were awarded for a win, draw or loss. We had one team who won all of their three games; Miss Stirland would like to give a special well done to The Chapman League St Andrew team, who gained maximum points during their fixtures. Points from both leagues were added together and the 1st and 2nd place Houses only had 2 points between them. Congratulations to St Andrew who are this year’s House Hockey winners for Year 5 and 6. 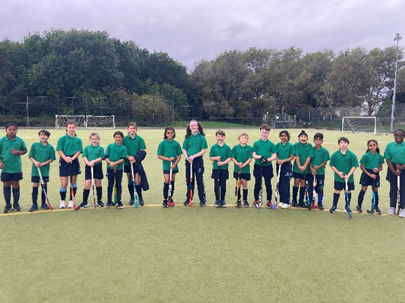 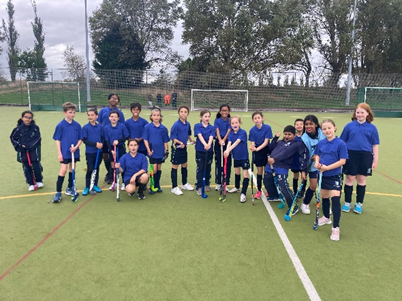 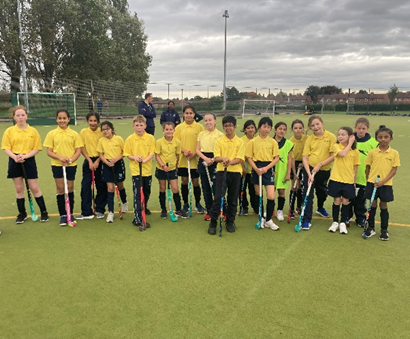 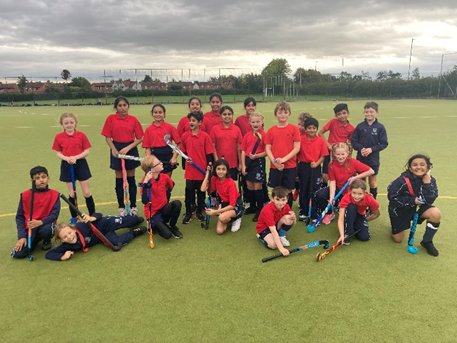 U9 Hockey Festival hosted by The Old Vicarage School

On Tuesday, a mixed Year 4 hockey team travelled to Belper Hockey Club to take part in a hockey festival hosted by The Old Vicarage School. There were eight teams taking part, split into two pools of four teams. Derby High played amazingly in their first game against the OVS teams, and had some very close chances to score; fortunately, one did go in and the team came out as 1-0 winners!

The next two games were against tougher opposition in the form of a team from St Wystan's and another OVS team. All of the players demonstrated some great awareness and knowledge of the game, which has certainly improved over this half term. They were spaced out and did have some awareness of the need to dribble into space, and not into a crowd of players. Unfortunately, the opponents in both of these games were able to outwit our defenders with greater success, and managed to sneak some goals. At the end of this game, the points were all totalled up and having won 1 game, and lost 2, the Derby High team were into the 5th/6th playoff game, against one of the other OVS teams. Derby High were certainly determined and keen to attack, and when OVS had the ball, closed them down effectively and applied plenty of pressure. The team managed to score a goal in the closing seconds, and it was clear how much it meant to them.

The entire group collaborated and worked well as a team, and they showed progress in their performance even over the course of their four games in the festival. They finished in 5th position, which they should all be proud of! Well done! 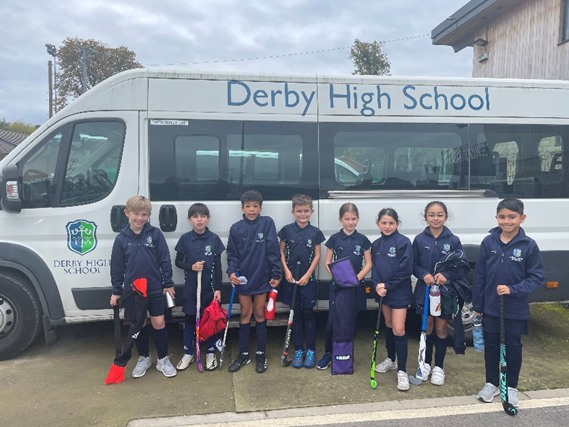 Well done to Tabitha (Year 4) who competed at her first competition representing Derby High School Equestrian Team at Beaverhall Equestrian Centre.  Tabitha competed in the 60cm and 70cm Grassroots Regional show jumping qualifiers, was placed 5th in the 60cm and 3rd in the 70cm, and is now awaiting confirmation of qualification to the regional finals. 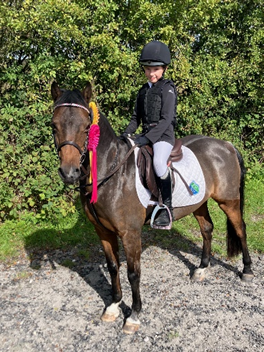 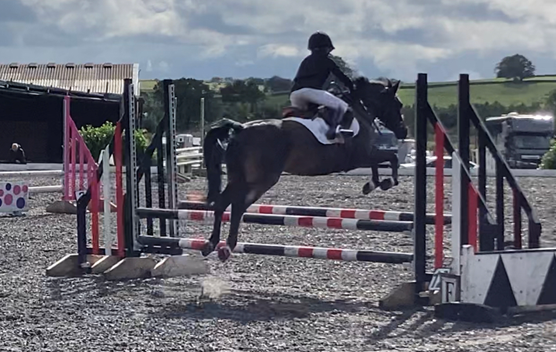 After half term, we expect all primary children to wear winter uniform. Please see the primary handbook P6 and 7 for further details. Click here to view the handbook: Primary Parents' Handbook 2022_2023.pdf (derbyhigh.derby.sch.uk)

As the weather turns, please also make sure your child wears a navy winter coat to school.

Derby High will be taking part in Hello Yellow on Monday 10th October for World Mental Health Day. We will be joining thousands of other schools to raise awareness of the importance of mental health and wellbeing by wearing a yellow-coloured accessory (a hat, socks, jewellery item, badge, hair accessory or something similar). If you feel that you wish to donate to Mind, a voluntary donation would be gratefully received.

Our Harvest Festival takes place on Tuesday 11th October and we would, as always, welcome any donations of food (no fresh items please), toiletries and cleaning products for Derby City Mission and the Padley Centre. Thanks so much for your support.

We've had a great response to the charity Astro Club calendar so far, with well over 70 calendars ordered. With profits all going to the charity Mind, we are really grateful to all who have placed an order. There is still time though; the deadline is the last day before half term, next Friday 14 October. All photos were taken from under Derby skies by Mr Dodson. For those who have already responded, we will be placing the order before the end of October for delivery in November sometime. Well in time for Christmas!

If you have any queries about the calendar, please ask Mr Dodson either by email or in school.

Thank you to all parents who attended the session. We hope you found it informative and useful. If you would like to send feedback, please use the form here https://forms.gle/UEEe4waf4nGys6zv6.

Responses will go directly to Mark Saxby himself and will inform the content of future parent sessions.