It was wonderful to welcome our students and staff back this week, filling the school with lovely chatter and laughter. In our Start of Term Assembly on Monday, Chaplain Jo talked about motivation and we reflected on the importance of dreaming big, setting goals and taking action. Dreams, whether big or small are really valuable as they help us to feel inspired and motivated, but it’s important to set smaller, manageable goals to help us move towards making our dreams a reality. Goals are all very well, but having them in our minds or on paper is not enough and it’s vital that we take actions if we are to move forward. Each small action is a step towards completing a goal and getting nearer to our dreams. We reflected on some of the things that might discourage us from taking those actions and listened to words ascribed to Mother Theresa, about doing things ‘Anyway’… This included the lines:

‘If you are kind, people may accuse you of selfish, ulterior motives:
Be kind anyway.
The good you do today, people may forget tomorrow;
Do good anyway.’

Yesterday the Industrial Cadet Gold project team visited the Rolls Royce Field Operations Centre to see for themselves The Spirit of Innovation, the world record holding all electric aircraft and meet its test pilot, Phill O’Dell. The team has been working on designing and coding a charging vehicle for the plane’s batteries, so to be able to see the plane and to put the work they were doing in context was a great experience. Phill gave us all a terrific insight into the development of the plane from initial ideas to the 347mph record breaking speed attempt. It was an inspiring visit and a glimpse into what it means to be an engineer working at the very edge of innovation and sustainability. A huge thanks to mentor Lauren Hay, Phill O’Dell and all at RR FOC for such a brilliant afternoon. 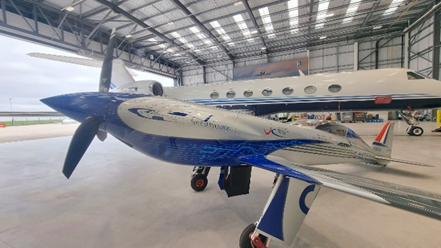 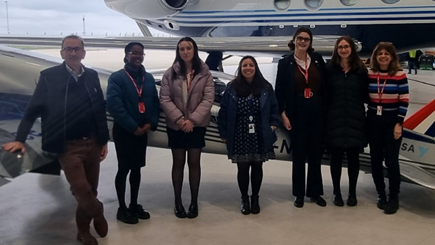 During the Easter Holidays we took a group of 17 students to London to the Headquarters of the Council for Arab-British Understanding (CAABU) for a conference on refugees, asylum and migration.  Ayesha in L5 has been kind enough to write the following review:

"Going to CAABU was an eye-opening experience for all of us. We heard several poignant refugee experiences, which were particularly relevant to the ongoing situation in Ukraine and also from the environmental conservation organisation 'Bees and Refugees', which aims to keep native black bee populations in the UK flourishing, but also works with refugees by introducing natural beekeeping as a craft and therapy. We then got to hear from a representative from 'Lawyers for Justice in Libya' which is an NGO committed to achieving justice and respect for human rights in Libya. A former Labour MP Lord Dubs, a long-standing campaigner for refugees' rights, who was a child refugee himself in the UK fleeing persecution from Nazis in Czechoslovakia, spoke on his campaign for supporting unaccompanied child refugees. After the talk, we got to have a walking tour of London with tour guides Mr Lee and Mr Gallagher."

From our point of view, and that of the organisers at CAABU who gave us stunning feedback about how knowledgeable and articulate our students were, we thought the group gave a fantastic account of themselves.  The topic of migration and refugees is a very complex and controversial one and they showed real sensitivity and an understanding of the different aspects - and it was lovely to be able to visit CAABU in person again.

Huge congratulations to Daisy in U33 who entered a competition with the Derby Book Festival to write a 50 word story on the theme of Space. Her story won for her age category and will be printed on bookmarks that will be given out at the events. Daisy also received £50 in book vouchers and a trip to one of the events. The book festival is running from 20th May and you can find out more about the events here Home | Derby Book Festival 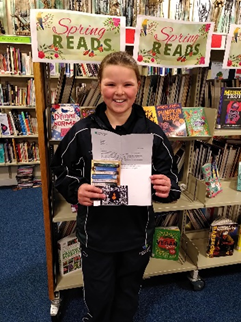 Congratulations to Lower Sixth students, Holly and Clara, for being made members of Derby Civic Society, they both explain below;

The Derby Civic Society is an active group that monitors planning proposals in the Derby City area. It advocates for culture and discusses how to improve the city, both in the physical landscape and in social aspects. After sharing our thoughts with a representative, we have both been co-elected onto the council. We are both excited to be bringing a younger perspective to the society and sharing our ideas to make a difference in the city. 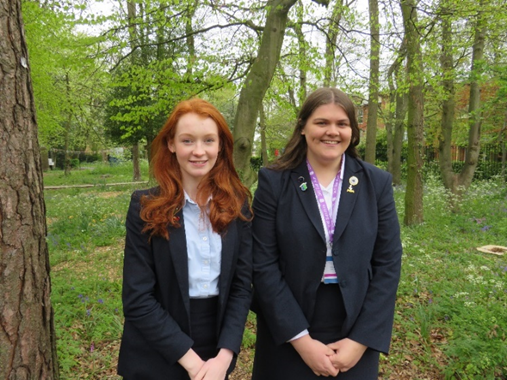 On World Book Day this year, we asked students to nominate and vote for their favourite book.

Zaynah's choice, 'A Good Girl's Guide to Murder', continues to be very popular and was the resounding winner.

My nomination for this year is ‘A Good Girl’s Guide to Murder’ by Holly Jackson.

I think this book should win because it's got everything a person who loves murder mysteries could ask for. It's the first in a trilogy which gets better as you go along and has many plot twists and smart storylines to keep the reader gripped.

U31 put on fantastic performances of 'Pyramus and Thisbe' in their English lesson this week. They brought in creative and humorous costumes to develop their characters and entertain the audience, and we thoroughly enjoyed watching each other perform. In particular, it was impressive to see how the non-speaking parts (such as wall and moon) used their facial expressions and bodies to react to other performers and create humour. Lewis and Elizabeth were particularly expressive walls, and Miles delivered Pyramus' lines with aplomb. Well done to the whole class for their fantastic efforts! 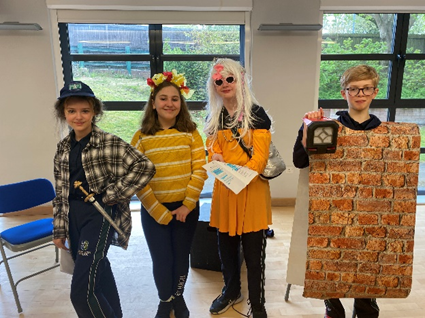 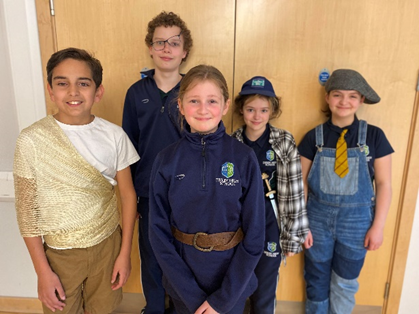 Just before Easter, we had Gaz Hughes in school from Training Beat, to lead a session for our Sixth Formers about emergency first aid in Truly Educated slots.  Needless to say, having even basic knowledge of what to do when someone requires such attention is vitally important and useful and Gaz managed to pack a great deal into less than an hour!

We covered the DRABC principle, CPR including use of Defibrilators, the recovery position and the usefulness of the What3words geolocation app.  A fun way to learn about a serious life skill, which is Truly Educated in a nutshell.  Many thanks to Gaz for his time. 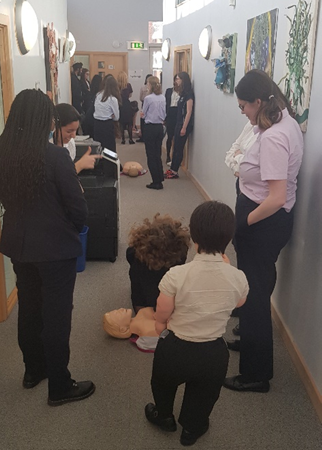 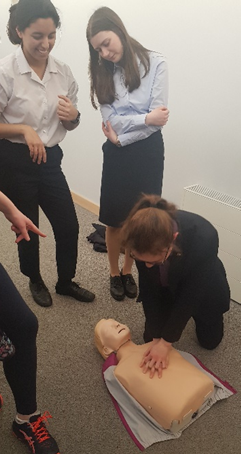 On Wednesday, our TASS students had a fantastic final session with Derby University. Many thanks to Team Derby for delivering a memorable Olympic lifting session. 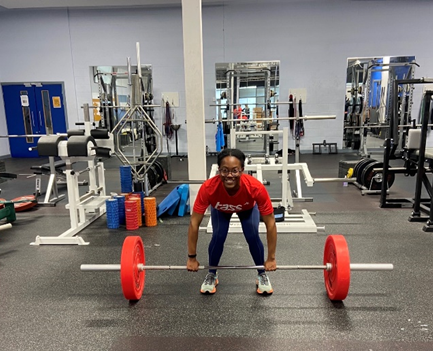 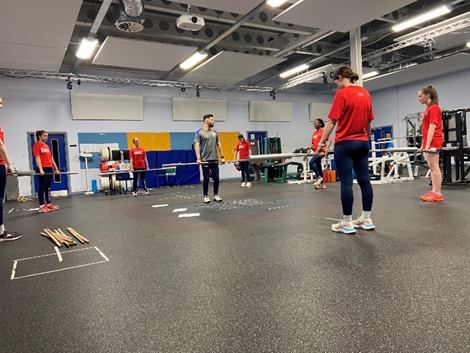 Congratulations to Zoé in U4, who has been selected for the Derbyshire under 15 Cricket development squad. Zoé has been training hard over the winter with the squad for 2 hours every week and now the season has begun she has resumed training with her cricket club, Duffield CC. On Sunday in the first games of the season for Duffield women in the East Midland Women’s Cricket league, Zoé played very well getting two wickets in each of the matches as well as scoring 16 runs. Duffield won both games with the second match, an extremely close finish with a run out in the final over from her throw to the wicket keeper. Here is a great example of how hard work can pay off, well done Zoe! 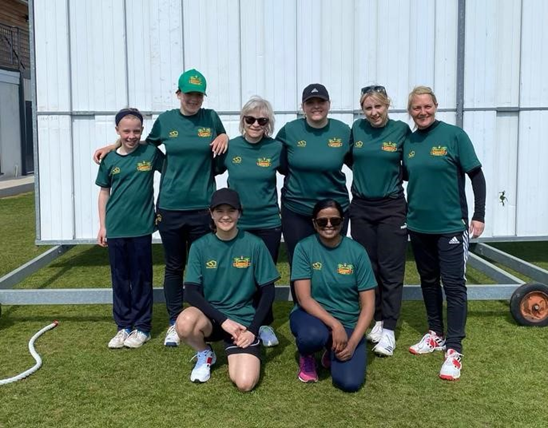 Tough Mudder for Sophie and Josh

Well done to Sophie (Year 8) and her brother, Josh (Year 6) for taking part in Tough Mudder over the Easter holidays.  The Lidl Mudder is a 1-mile course packed full of obstacles to give kids aged 5-12 the chance to work as a team and get a little muddy.

Congratulations to Jessica (Year 8) for achieving her Rookie Lifeguard Silver 3 and stage 10 in swimming over the Easter break. 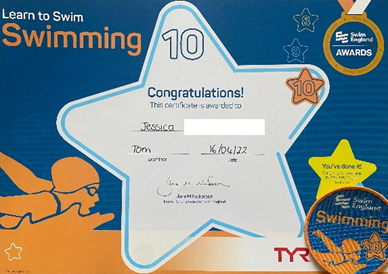 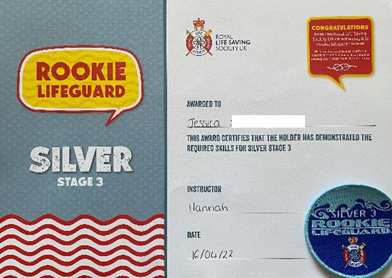 Eid Mubarak wishes to all those in our school community who are celebrating. We hope you make very happy memories this Eid. Sending wishes of peace, joy and happiness. 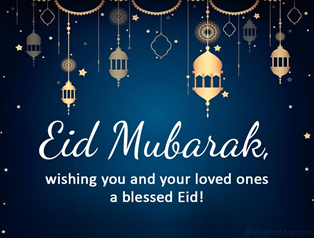 While Whats app has an age rating of 16, we know that many of our students use this app at a much younger age than this. With this in mind, here is a useful guide for parents.  Click here.

For Parents - Device Rules and Boundaries

It's a really good idea of parents sitting down with their children and agreeing rules and boundaries in relation to new or current devices, set expectations of behaviour and much more. To help with this FOSI (The Family Online Safety Institute) have put together some really simple but wonderful agreement sheets HERE.

Derby High School has joined in the Queen’s Green Canopy initiative this spring term, planting a tree to mark Her Majesty’s Platinum Jubilee. Excited students and staff across the whole school, marked the Queen’s wish to “Plant a Tree for the Jubilee”. A pear tree was chosen, which will produce white blossom in the spring.

In a world where everybody is unique, what matters is giving every young person the time and the space to become the true individual we know they can be. At Derby High, we work hard to enrich each pupil’s experiences, enhance their personal development and give them the opportunity to develop their individuality their way. We are fortunate to be able to support children from their very first steps up to university entry and beyond, and it has been a pleasure for me this week to see examples from both ends of the journey.

In a world where everybody is unique, what matters is giving every young person the time and the space to become the true individual we know they can be. At Derby High, we work hard to enrich each pupil’s experiences, enhance their personal development and give them the opportunity to develop their individuality their way. We are fortunate to be able to support children from their very first steps up to university entry and beyond, and it has been a pleasure for me this week to see examples from both ends of the journey.

This week in the calendar is always full of mixed emotions as Year 13 enjoy their Leavers’ Celebrations and Year 11 go on Study Leave. For both year groups their educational journey changes path, with Year 11s looking forward to life in the Sixth Form where they will experience greater freedoms, which come hand-in-hand with greater responsibility. Kindness, a belief in the importance of every individual and their voice, the determination to have a positive impact on the world around us, these values are what makes Derby High special, and they are what makes each of our leavers special.

This week in the calendar is always full of mixed emotions as Year 13 enjoy their Leavers’ Celebrations and Year 11 go on Study Leave. For both year groups their educational journey changes path, with Year 11s looking forward to life in the Sixth Form where they will experience greater freedoms, which come hand-in-hand with greater responsibility. Kindness, a belief in the importance of every individual and their voice, the determination to have a positive impact on the world around us; these values are what makes Derby High special, and they are what makes each of our leavers special.