We have had a very successful, busy week. The weather has been wonderful, and has enabled lots of great sporting activities to take place.

Thank you to everyone for following our covid measures, keeping everyone as safe as possible. I am pleased to say that currently no one in senior school is isolating with covid and only 1 isolating in primary. There will be new measures from Monday January 17th, where isolation is reduced to five days, as long as a negative test is achieved on day 5 and day 6.

My assembly this week focused on the concept of self-belief. I explained that self-belief is a person's belief in their ability to complete tasks and to achieve their goals. Judging yourself to be capable of success increases your chances of actual success, whilst judging yourself as not capable of success reduces the chance of success. I used the example of the Third Round of the FA cup at the weekend, where teams from the Premiership all the way down to non-league played in the competition. For many of the lower league teams, they were deemed to be the underdog, less likely to win because they weren’t in as high a league. For teams like Boreham Wood and Cambridge United, they needed to believe in themselves and their team, working hard together to beat a higher team. It’s very easy to give up and say you can’t do something before you have even tried. For these teams that won at the weekend, it is all part of the journey, just like for our students and their journey through school, a win no matter how big or small adds to that belief and helps move you forward towards your goals. Whilst there are going to be bumps in the road and setbacks, it is also how you use those situations to continue on the journey.

Pre-School Blast Off to the Moon!

This week in the Wrens our focus story is 'Whatever Next' by Jill Murphy.

The children were so excited to go to space in their rockets. They counted backwards from 10-0 before blasting off to the Moon! 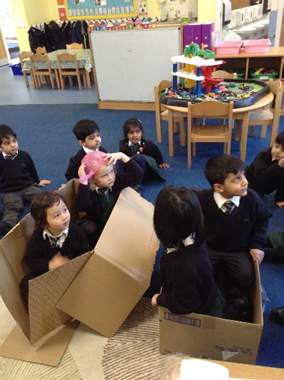 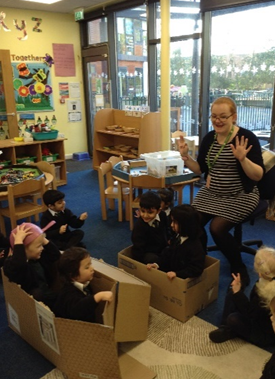 The children brought holiday clothes into school and after receiving their passport and walking to the airport, they then boarded the DHS Airlines plane.

The children listened to some facts about the countries we flew to and then on their “return to school”, added flag stamps to their passports, before sharing their holiday clothes and discussing if they were visiting a hot or cold country. 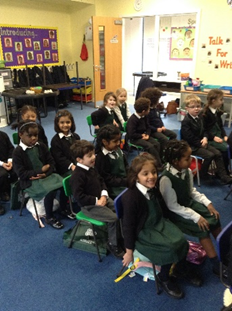 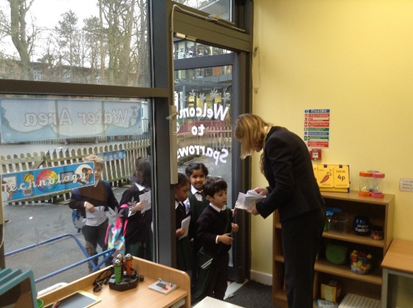 On Thursday, two teams participated in the U11 EFL Kids Cup; an event that chooses a school football team to represent their local EFL club in a national competition, with the chance to go on to play in the final at Wembley stadium before the EFL Championship Play-off Final!

The DHS 'Green' and DHS 'Blue' teams were well prepared and would participate in different groups against other local Primary Schools. Both teams had a great start by winning their opening matches. The 'Greens' then came up against two strong teams and unfortunately lost their next two matches, while the 'Blues' continued their impressive start by winning their next two games, scoring 16 goals and only conceding 2. The final match for the 'Green' team gave them a win and they finished in a solid 3rd position in their group. The 'Blue' team continued their winning form, remaining unbeaten throughout their group, finishing 1st with 28 goals scored and only 3 conceded. This meant they progressed to the final afternoon group phase against 5 other teams.

The afternoon games were continuous, with hardly any time to rest between each fixture. The team began with a tricky 2-2 draw against Church Broughton, before outplaying Heath Fields in a 9-0 win. Another tough game against Oakwood ended with a 3-2 victory after being 3-0 in the lead. The next game was against Grange Primary, who had won all of their previous games in the competition. Derby High went 1-0 up before two quick goals left us 1-2 down with time running out, however after showing great persistence, the team were rewarded with an equaliser to finish the game 2-2. The final game against Redhill Primary ended 4-2 to Derby High, meaning that we finished the final group in 2nd place overall. Although disappointed to miss out on 1st by two points, the team were delighted as this still meant they had qualified for the Derby County Final against 5 other schools to see which team will continue in the competition and represent Derby County against other schools in the country.

A massive well done to both teams for cheering each other on throughout the competition and representing the school confidently and showing good sportsmanship throughout. A special mention to AJ, Caio and Morgan for their combined 40 goals scored across their 11 games played; to George for his excellent 4 clean sheets, Amaad for his excellent attitude, especially when going in goal and everyone else for being a pleasure to spend the day with! 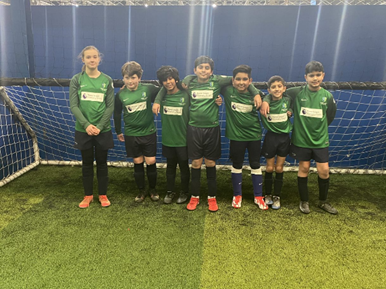 It’s been a successful year for George, Y6. George achieved 7 new PBs at an in-house time trials gala last weekend, qualifying him for 11 events in the ASA Derbyshire County Championships this February. He was also awarded Top Boy for his age group by his club after the Club Championships at the end of last year. A fantastic honour and something George should be really proud of! 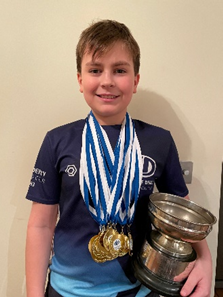 Schoolblazer have a sale next month from 7-18th February inclusive with a 1/3 off selected uniform lines.

Lgfl DigiSafe ran a Parent Facebook Live Q&A over the Christmas break, this is now available to watch again. The Q & A is about keeping children safe on phones, games & devices.

Lgfl are joined by leading experts from Common Sense Media and PopJam/SuperAwesome, sharing tips to keep to children safe online and on devices, and practical advice on:

Some of the useful Common Sense Media links looked at include:

What Parents & Carers Need to know about TikTok 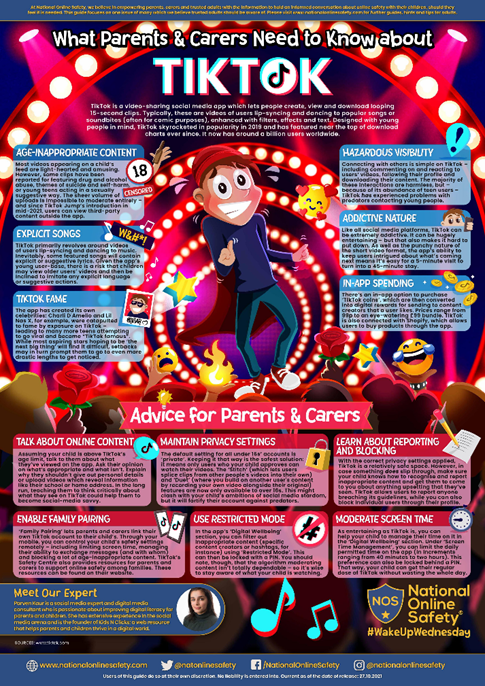 Click here to read to the latest edition of DITTO, the Online Safety magazine from independent consultant Alan Mackenzie.

This week has flown by, and for our U5 it has been a busy full week of mock examinations. Our U6 have now completed their mocks and are receiving their grades along with advice, support and targets to ensure they achieve their potential in the summer. Mock examinations are an essential part of school life because they enable the students to experience the closest thing to actual GCSE and A level exams and then to reflect on areas of strength and areas that require development, to ensure they are fully prepared for the exams in the summer.

I am delighted to announce that Mr Richard Gould has been appointed to the newly created role of Assistant Head (Academic) in Primary. Mr Gould will take responsibility for managing curriculum, assessment and reporting, joining Mr Harper and Mrs Youngman, Assistant Head (Pastoral) as members of the Whole School Leadership Team. The Leadership Team has been expanded as a consequence of the growth in numbers in Primary over the past few years.

We have had a very successful, busy week. The weather has been wonderful, and has enabled lots of great sporting activities to take place. I have been delighted to see rehearsals well underway for our Senior School production, The Importance of Being Ernest. Thank you to everyone for following our covid measures, keeping everyone as safe as possible. I am pleased to say that currently no one in senior school is isolating with covid and only 1 isolating in primary. There will be new measures from Monday January 17th, where isolation is reduced to five days, as long as a negative test is achieved on day 5 and day 6.

We have had a very successful, busy week. The weather has been wonderful, and has enabled lots of great sporting activities to take place. Thank you to everyone for following our covid measures, keeping everyone as safe as possible. I am pleased to say that currently no one in senior school is isolating with covid and only 1 isolating in primary. There will be new measures from Monday January 17th, where isolation is reduced to five days, as long as a negative test is achieved on day 5 and day 6

Happy New Year! It has been wonderful to welcome back our students this week for the new term. We started the term with a whole school assembly with everyone, from pre-school up to Sixth Form, joining on Teams. We had hoped to be able to slowly start to bring back in-person events such as assemblies and occasions with parents coming into school, at the beginning of this term. Unfortunately the latest, more transmissible variant of Covid has led to us postponing these plans, hopefully only for a short while. I will keep everyone informed of any changes to our current safety measures.