In my final Primary assembly of the term I discussed why we love or hate Christmas tunes. It was lovely to be able to listen to some of our staff’s favourite songs, from Driving Home for Christmas by Chris Rhea, to White Christmas by Bing Crosby and Last Christmas by Wham. What many of these songs have in common is they are really quite old - my favourite, Stay Another Day by East 17, was Christmas number 1 in 1994, some 27 years ago! Nostalgia is a powerful force in popular culture, particularly around Christmas. Christmas pop songs are all about nostalgia – think about 'White Christmas', the biggest selling song of all time, where all the lyrics are about nostalgia and going back to Christmases in the past. It would be easy to attribute it to the songs being better back then – but actually that isn’t the case. Instead, there’s a generational effect where we inherit the Christmas tunes beloved by our parents, having this cyclical impact on generations. The second reason for Christmas tunes being so popular is the ‘exposure effect’. It has been proven that the more often we hear a song, the more likely we are to love it. And, as Christmas has a huge canon of familiar songs played on repeat each year, we are exposed to Christmas songs in a way we aren’t to other kinds of music. This means that even if we didn’t like a Christmas song when we first heard it, hearing it again and again over the years will probably make us like it eventually. However, the ‘exposure effect’ can go a step further for some people, as hearing the same songs too many times can cause our brains to reach saturation point. After that, hearing the same Christmas songs can start to irritate some people. It’s a little like eating the same food every day: there are only so many days in a row you can eat spaghetti Bolognese before you get sick of it!

We finished the assembly with Miss Shore's favourite 'Merry Christmas Everyone’ by Shakin’ Stevens. This song reminds her of being in year 6 and dancing around the classroom at Christmas with her friends. The whole of Primary got up and had a wonderful dance. A great way to start the day!

For some of us, Christmas just wouldn’t work without Christmas music! So whether we love it or hate it, Christmas music is very much part of our lives. I hope you can enjoy some festive music this weekend as we prepare for the final few days of term.

On Monday, all the children in the Primary school took part in a fantastic and exciting, cross-curricular themed topic day about ‘The Snow Queen’. This creative day added extra excitement to the children’s learning and was enjoyed by everybody involved. There was a fantastic array of snow themed art, ice writing and even some frozen maths. As part of this day, a touring theatre company came to Derby High School to perform ‘The Snow Queen’ in the Senior Hall for all primary children. The show was incredible and the children were engaged, dazzled and excited throughout. After the performance, one child in Year 2 said ‘’that was the best show I have ever seen!’’ Overall, a wonderful day that was enjoyed by everyone involved. 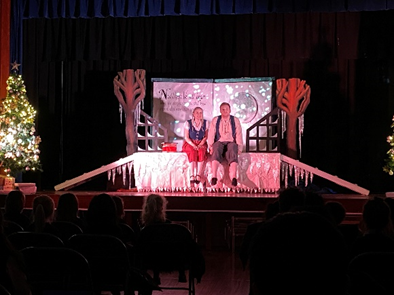 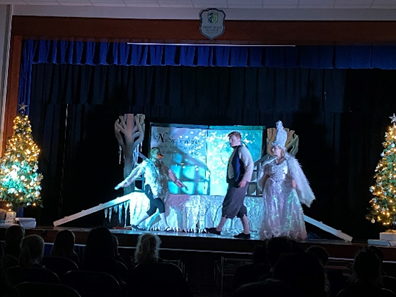 On Thursday, the Robins and Sparrows enjoyed a wonderful festive trip to Conkers. The day was started with a little train ride to a workshop, where they first listened to a story, read to them by Ed the Elf, before creating collage robins as requested by Santa. They then went on a special discovery through a winter wonderland to try to find Santa. Along the way they saw singing reindeer, a story telling owl and lots of festive displays. The children were then delighted to find Santa and receive a gift. After lunch they enjoyed playing in the enchanted wood before heading home. The teachers are so proud of how polite and well behaved the children were, Santa will be impressed! 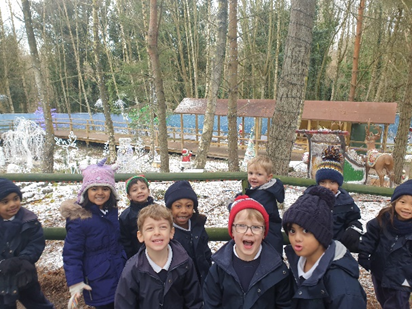 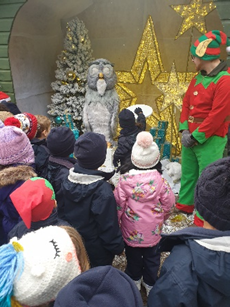 Yesterday we shared the link for this years’ Early Years Nativity called The Angel Express.

The children enjoyed the challenge of performing in front of the camera and did an excellent job!

Thank you to all the Early Years teaching team for the work that has gone into this wonderful performance. 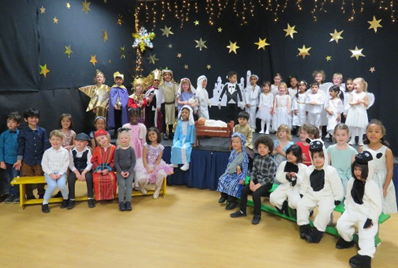 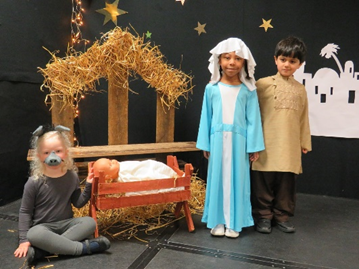 We are very excited about sharing our Junior Concert with all primary parents next Tuesday. The concert is wonderful combination of class songs and instrumental ensembles filmed in the Senior Hall. 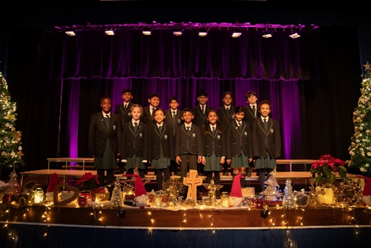 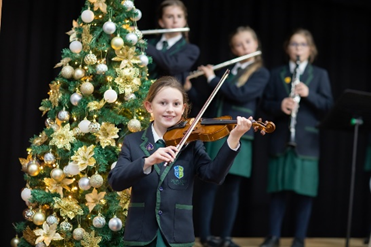 Today Year 1 and 2 have been performing their Christmas production, Don’t Be Afraid. Filmed in the Senior Hall, this will be sent out to all Primary parents next week to watch. The children have been outstanding performing in front of the cameras and can’t wait for their parents to watch them! 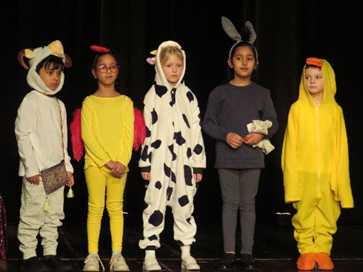 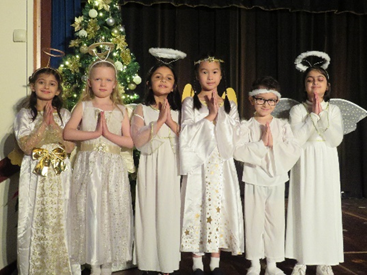 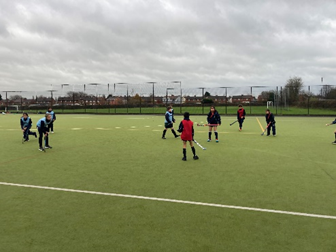 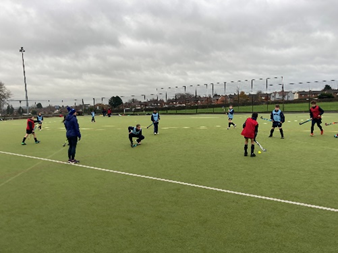 Year 3 and 4 Hockey vs Denstone

Year 3 and 4 travelled to Denstone on a very chilly Tuesday morning. Well done to Taliyah for scoring both of the goals in the year 4 game but unfortunately they lost by one goal. The year 3s had a close game as well and despite the cold weather everyone enjoyed themselves and learnt a lot from playing in a competitive game. 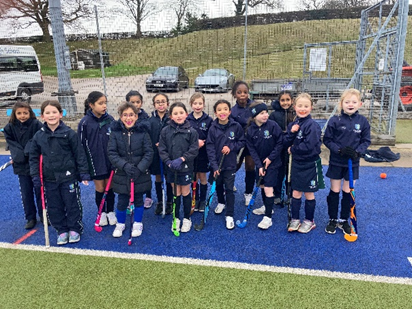 The year 1 children had a fire and toasted marsh mellows to make s'mores and had choccy. Then they sang We Wish You a Merry Christmas with glowsticks around the campfire. 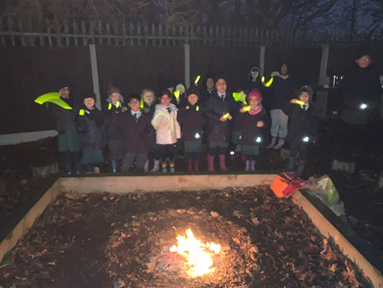 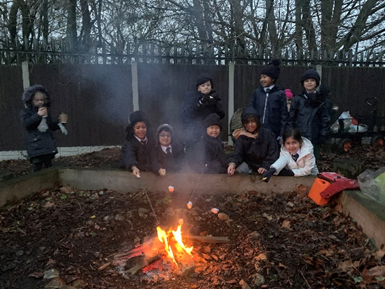 A Thank You to Parents

Thank you for your wonderful donations to support Christmas Connections. Our Primary charity representatives, Aoibh and Charlotte joined Mrs Chapman and Mr Harper on Wednesday in delivering the many generous gifts donated by the Derby High community to Derby City Mission. We met volunteers and charity workers who were sorting the gifts into age groups before making up presents for children in Derby who wouldn't otherwise receive a gift. DCM predict over 750 children will benefit this Christmas - thank you. If you wish to donate you can still do so visit:   https://www.derbycitymission.org.uk/christmas 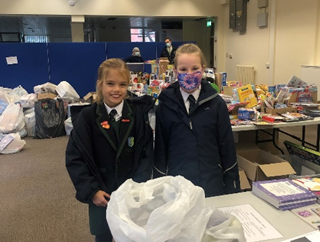 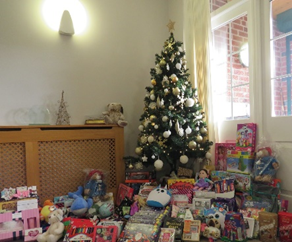 Please bring a £1 donation for the YMCA. To find out more visit https://www.ymca.org.uk/ 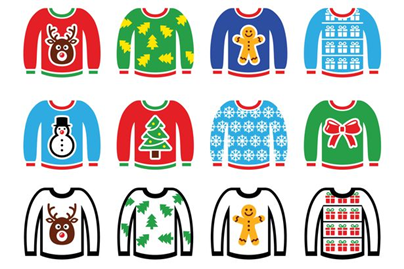 Many students will be lucky enough to have new devices for Christmas and this is therefore a good time for parents to review ways in which you can keep your children safe online, by setting parental time and age controls (before you wrap new ones), or simply by finding out more about what’s going on.

There will be a Facebook Live drop-in for parents on Monday 20 December 7pm on the @LGfLDigiSafe channel (LGfL DigiSafe - Posts | Facebook) talking about staying safe online and offline too – what to worry about and what not, and how to have tricky conversations at home. There will also be discussion of how parents can help with bullying, relationships, criminal and sexual exploitation and simply starting tricky conversations!

You can also find lots of resources on the parents safe LGFL website (Home (lgfl.net).

Poppy Playtime is a horror-type game quite similar (in terms of horror) to Five Nights at Freddie's which was popular a few years ago. It's a puzzle game where, as the player, you have to investigate a number of incidents whilst being pursued by a huge toy called Huggy Wuggy. It can be quite scary for younger players.

As you would imagine there are plenty of YouTube videos, including videos from some of the bigger influencers with their typical clickbait titles and, although the game is a paid-for game and only available on the Steam (PC) platform, I have heard of replica games being created within Roblox.

If you would like to read more there is an article HERE.

This week has flown by, and for our U5 it has been a busy full week of mock examinations. Our U6 have now completed their mocks and are receiving their grades along with advice, support and targets to ensure they achieve their potential in the summer. Mock examinations are an essential part of school life because they enable the students to experience the closest thing to actual GCSE and A level exams and then to reflect on areas of strength and areas that require development, to ensure they are fully prepared for the exams in the summer.

I am delighted to announce that Mr Richard Gould has been appointed to the newly created role of Assistant Head (Academic) in Primary. Mr Gould will take responsibility for managing curriculum, assessment and reporting, joining Mr Harper and Mrs Youngman, Assistant Head (Pastoral) as members of the Whole School Leadership Team. The Leadership Team has been expanded as a consequence of the growth in numbers in Primary over the past few years.

We have had a very successful, busy week. The weather has been wonderful, and has enabled lots of great sporting activities to take place. I have been delighted to see rehearsals well underway for our Senior School production, The Importance of Being Ernest. Thank you to everyone for following our covid measures, keeping everyone as safe as possible. I am pleased to say that currently no one in senior school is isolating with covid and only 1 isolating in primary. There will be new measures from Monday January 17th, where isolation is reduced to five days, as long as a negative test is achieved on day 5 and day 6.

We have had a very successful, busy week. The weather has been wonderful, and has enabled lots of great sporting activities to take place. Thank you to everyone for following our covid measures, keeping everyone as safe as possible. I am pleased to say that currently no one in senior school is isolating with covid and only 1 isolating in primary. There will be new measures from Monday January 17th, where isolation is reduced to five days, as long as a negative test is achieved on day 5 and day 6

Happy New Year! It has been wonderful to welcome back our students this week for the new term. We started the term with a whole school assembly with everyone, from pre-school up to Sixth Form, joining on Teams. We had hoped to be able to slowly start to bring back in-person events such as assemblies and occasions with parents coming into school, at the beginning of this term. Unfortunately the latest, more transmissible variant of Covid has led to us postponing these plans, hopefully only for a short while. I will keep everyone informed of any changes to our current safety measures.