I very much enjoyed welcoming parents of U3, L4 and new U4s in person to school last night to hear presentations on how we support all of our students both academically and pastorally through their school journey.

This morning in my first live assembly on Teams we looked ahead to the journey our students will go on this year. I shared this picture of a walk I used to enjoy every day when I lived in Scotland.

This path goes on for quite a distance and here at the beginning we can’t actually see the end - we know it is there but it is not yet visible. This is very much like the journey each student faces this year - we know the academic year ends next July, but exactly what the journey actually looks like is still unknown. And just like this picture, where we see beautiful scenery, our pupils will encounter interesting experiences as they go through this year.

Each and every one of use will have decisions to make, whether that be choosing which clubs to attend, or for our Year 9 and Year 11 making their GCSE and A level choices. Our Head Student, Lucy, read the poem ‘The Road Not Taken’ by poet Robert Frost. This poem describes someone on a journey who has come to a fork in the road and must decide which of the two paths they should take. They look down one road as far as they can see, and after thinking for another minute, decide to take the other one because it looks like nobody's been that way yet, and they are curious about where it leads. They have a feeling that the road they’ve chosen will lead them to new places and discoveries. They think wistfully about that road, the road not taken, and where they might have wound up if they'd gone that way instead. They realise that the things they’ve seen and the places they've visited, because of the direction they chose, has made them who they are.

My concluding advice was that it is important to choose your own path and not just follow what your friends are doing, enjoying the journey and grasping positively the experiences along the way

We took delivery this week of the wonderful prizes awarded so far to current L6 student Annabelle and former student Darlina for taking part in the RISE competition run by the Gilder Lehrman Institute of American History.  They have won 3 books related to the period of Alexander Hamilton (of musical fame), including his Biography by Ron Chernow which inspired Lin Manuel Miranda to create the musical Hamilton.

This is an incredible achievement. This is an international competition with hundreds of thousands of entries.  Very few students outside of the USA are accredited. Derby High School has made it into the top 10 of finalists.  We are immensely proud of Annabelle and Darlina, and cannot wait to find out if they win the whole competition!

In the summer term, a team of our current U6 students took part in a competition set up by The British Heart Foundation’s Centre of Research Excellence at Imperial College London. Their main objective was to design an ePoster which illustrates a strategy for combining hard sciences with biomedicine to reduce the number of deaths and disabilities caused by heart and circulatory disease.

It was aimed at aspiring medics, talented scientists, skilled designers and/or communicators, and it offered the chance to be recognised as potential future scientific leaders with cardiovascular health and research. There were opportunities to have work displayed on Imperial College's website, write for the British Heart Foundation's blog, meet with mentors from Imperial College and present their work at Imperial Festival 2022.

Our team did a fantastic job producing their ePoster and their work was commended by the judging panel, despite not being making it to the top 10 teams selected for the final.

Well done to Zainab, Morolake, Mysha, Annika, Smriti and Joyce. They worked wonderfully as a team and, considering they only had 7 days in which to turn this project around, they did a fantastic job! 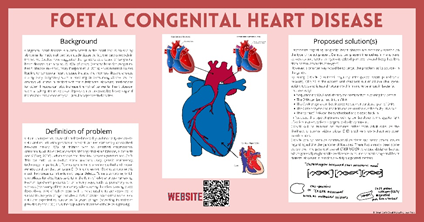 Lit in Colour have launched this fantastic competition. Creative Student Prize (penguin.co.uk) It is open to all students 14+ and the closing date is 17th Sept. The student library team have launched a Derby High version to run alongside the national competition which is open to all students and runs until 4th October. We are looking forward to seeing lots of creative entries. There will be a prize for each year group winner. 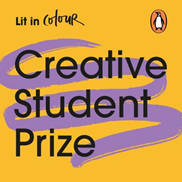 This week’s safeguarding corner is taken from Alan MacKenzie's Online Safety update. Some of the more popular apps used by children and young people have been updating settings in relation to privacy and safety over the last few weeks. The details are below, along with a link should you wish to read in more detail:

Instagram
Limits - gives users the ability to automatically hide comments and direct message (DM) requests from other users who do not already follow or have recently followed them.
Strong Warnings - when people try to post offensive comments they are warned before doing so, followed by a 'really strong warning' should they continue.
Hidden Words - which allows users to filter abusive comments.

TikTok
Privacy settings for under 16’s – these are now private by default for new users.
Direct messaging for under 16’s – is now disabled - this is an interesting one, a lot of children use TikTok for messaging. If this is disabled will we see more children move to other popular messaging apps such as WhatsApp and FB Messenger?
Direct messaging for 16-17’s – set to ‘No-One’ by default, the user has to actively change the setting.

I am sure, like me, you were gripped with the US Open last week - such incredible tennis being played by very talented athletes. In my live assembly this morning, we watched some of the highlights from the women’s final between Emma Raducanu and Leylah Fernandez. Emma went through 10 rounds to get to the final without losing a set, absolutely incredible.

On Wednesday it was lovely to hear the enthusiasm and excitement from all of our Primary pupils taking part in their tennis lessons with our tennis coach Mr Salmon. It is wonderful to have tennis coaching all year round with such an excellent qualified coach. I am sure, like me, you were gripped with the US Open last week - such incredible tennis being played by very talented athletes. In my live assembly yesterday, we watched some of the highlights from the women’s final between Emma Raducanu and Leylah Fernandez.

I very much enjoyed welcoming parents of U3, L4 and new U4s in person to school last night to hear presentations on how we support all of our students both academically and pastorally through their school journey. This morning in my first live assembly on Teams we looked ahead to the journey our students will go on this year. I shared this picture of a walk I used to enjoy every day when I lived in Scotland.

It has been wonderful to see our pupils enjoying the outside spaces in school this week. The warm weather has enabled class teachers to take pupils outside to explore their surroundings and bring their classroom learning to life. Pupils have also enjoyed resuming their weekly tennis lessons, return to swimming and starting our new provision for Juniors for their Games afternoon on Tuesdays based at Moorways.

I hope you all had a wonderful summer and are now ready to settle back into the new academic year. The children have come back to school with a renewed energy and readiness for learning, and it has been so lovely to see them all again and to catch up with their summer news. The school is alive with excited voices again and it is brilliant to be back.